Bluetooth, Moonroof, Leather Seats and more! Choose a feature to get started and we’ll help you find matching vehicles!

There's one for everyone

e-Golf Give the city a jolt of energy.

Don’t miss the many chances to save with our special offers. Updated regularly.

Want to estimate your monthly payments? This quick, simple tool make it easy.

Learn more about the types of work we can do for you here in our service department.

Had a very nice experience buying my first Volkswagen at Pignataro Volkswagen. My wife and I showed up when they opened first thing Saturday (1/12/19) morning with a plan to drive a new 2018 GTI and then a 2019 Hyundai Veloster Turbo. Jim Whitt greeted us. Having already done a lot of research online (Pignataro had the best price by far), I knew exactly which car I wanted. I pointed it out, we walked around it, checked it out and then test drove it. Long story short, the GTI is silly quick! Pignataro had clearance pricing on the 2018 GTIs and it was already a great deal and I didn't feel the need to haggle it. We sat down and went over pricing. They also offered a further discount because of who my employer is which was another $500 off. The sales manager, Justin, quickly tallied up the financing options we had, printed them out, and explained them in detail. He let us keep the worksheets. No one pressured us at all, they simply did their best to sell the car and give us all the info we needed and requested. My wife and I were really impressed. Next stop was Doug's Hyundai, where I had purchased my last car. It was wrecked by a semi which is why I was shopping again. They were just as amazing as the first time I bought from them. I drove the Veloster, got pricing info from Doug's and went home to think about it. I mention Doug's because if Pignataro had been unprofessional or mistreated us, I would have bought the Hyundai simply for that reason as it too was a good car, but in the end, although the Veloster was less expensive, I felt the VW GTI was the superior car and so my decision was based solely on the merits of each car and not the dealerships involved. I returned the next day shortly after they opened, found Jim, and told him let's do it. While waiting for the paperwork to be prepared, Jim, being the great salesperson he is, showed me the clear bra they had installed on a car on the showroom floor. What a great product! If you buy from Pignataro, GET IT! They had the paperwork put together in about 30 minutes and it was a quick and painless process signing. They even let me put the down on my credit card so I could get the points! I left and came back later in the day to pick the car up. When I returned, it was all ready to go. No waiting! I guess that summarizes my experience with Pignataro best, no waiting. No nonsense, no stress, and no pressure. Everyone from Jim and Justin in sales to Kathleen in finance was extremely professional. I came back a couple days later for my clear bra installation and guess what, it was done quickly and in exactly the time they told me. If you're in the market for a Volkswagen, do yourself a favor and give a Pignataro a chance. They have a great selection and a very professional staff. I think you'll be pleased with your experience too. 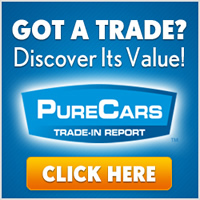 Pignataro Volkswagen is home to a different car buying experience. Many of our employees have been with us for years, eliminating the frustration that can come from working with someone who is new at their job. If you live near Everett, Seattle, Bellingham, Lynnwood, Edmonds, Mukilteo, Mill Creek, Bothell, Arlington or Kirkland and are looking to take home an excellent new or pre-owned Volkswagen model, Pignataro Volkswagen should be your first stop. Take a look around our site to learn more about everything we have to offer.

Find my Match About Us

We want to help you find the perfect car that fits your budget. Please adjust the options below so we can estimate the most accurate monthly payments.

How much will you put down?